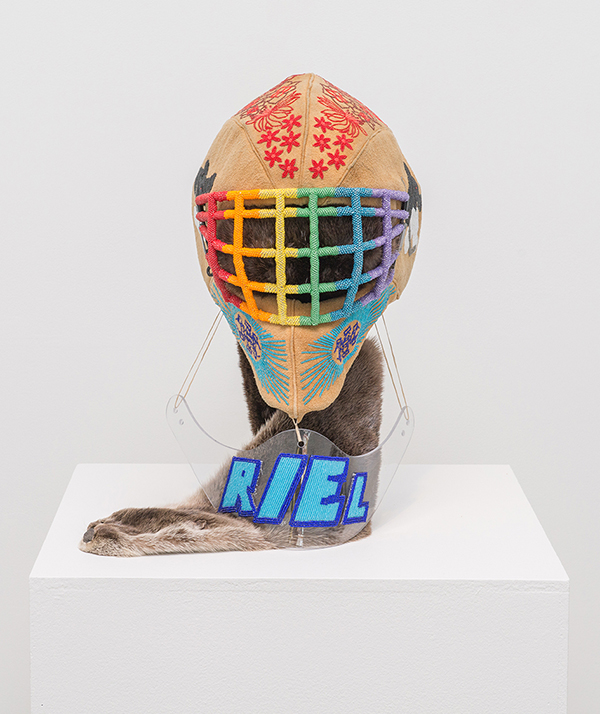 The theme of the fifth edition of The Contemporary Native Art Biennial (BACA) is Kahwatsiretátie : Honouring Kinship. Curated by David Garneau (Métis), with the assistance of Rudi Aker (Wolastoqiyik) and Faye Mullen (Anishinaabe), Kahwatsiretátie consists of beading and other textiles, drawing, ceramics, painting, sculpture, photography, audio installations, video, digital media, performances, and other art forms by more than forty artists.

Indigenous worldviews extend the anthropological concept of kinship beyond blood relations and people related by marriage and adoption. “All our relations”, a familiar Native phrase, acknowledges persons present and absent, and includes as kin non-human beings and ecosystems. The art works in Kahwatsiretátie concern, for example, family; inter-generational connections; people awakening hidden histories; women aligning with female ancestors; folks looking for ‘home’ in territories not home to their ancestors’; hunters reconciling with animal relations; friendship as kinship; how handmade things link generations; and even the possibility of intergalactic relations.

Kinship also informs our curatorial method. In addition to choosing fine works of art and placing them in good display relations with each other, we also asked a dozen Kahwatsiretátie artists to invite “kin” to exhibit with them. These artists may be family, community members, or other kindred folks. This redistribution of curatorial agency is a form of non-colonial practice. Like a ceremony or party where invited guests invite their own guests, we want to expand the circle to include relations we did not yet know.

Recognizing that these exhibitions take place on the traditional and unceded territory of the Kanien’keha:ka, and that the curator, assistants, and many of the artists are not from here, we sought council with the traditional stewards of this territory. The BACA curator, assistants, and Board met with elders and artists in the Kahnawa;ke longhouse to initiate relations. In a subsequent meeting with Faye Mullen, respected elder Otsitsaken:ra‎ (Charles Patton), and faith keeper Niioieren (Eileen Patton), both of the Kanien’keha:ka (Mohawk) community of Kahnawa:ke, entrusted us with the title Kahwatsiretátie: Teionkwariwaienna Tekariwaiennawahkòntie. They sensed the imagery of a continuous circle being held together hand in hand, nation to nation, lifting weight together. These Kanienʼkeha words carry the values of a sustained kinship—continuously holding matter together. BACA 2020 endeavors to give material form to these words, to express the interconnectedness of all things while acknowledging that sustaining good relations is a weighty matter, and is a matter of will, love, kinship, and friendship. 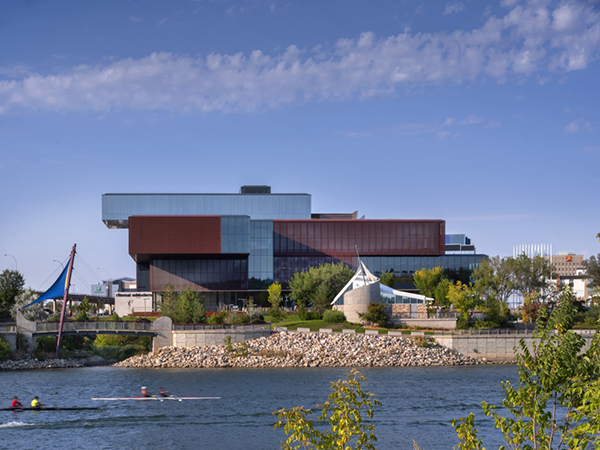